So, this post has come a little early as I’ve only gotten as far as pre-production and production, so you could say that I’ve only done 66% of the job, but it feels as though a lot of the direction has been done. At this stage it’s really about turning an idea into a physical reality so that it can then be sculpted and heightened by a team of talented post-productioners.

I had the idea for this film around four years ago and wrote the first draft around three years ago. It’s a black comedy drama called Swing, set in the period of time between an elderly discovering that her husband has hung himself and the ambulance arriving… Cheery stuff.

A lot of directing is about the need to tell a story. 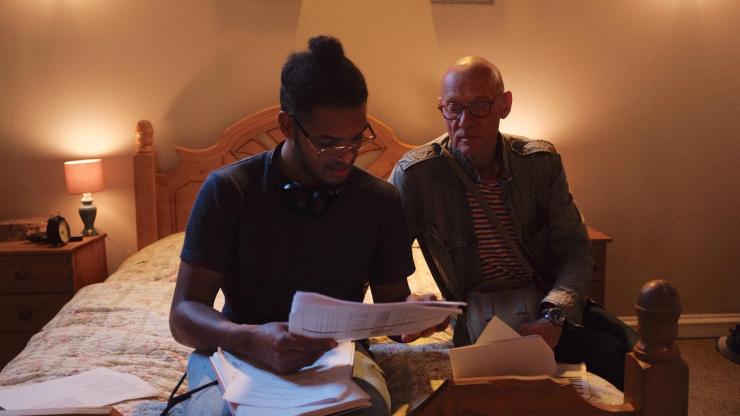 The role of a director is changing, I think people are starting to appreciate that something as large as a film cannot come from one singular voice. That being said, an idea has to pass through so many different heads all with their own levels of perception, if there isn’t one dominant idea to ensure it leaves each persons head resembling the initial creative spark, then you are in danger of creating a disjointed end result.

I’ve come from the education of writing, shooting, directing, editing myself and so this is the first time I’ve worked with a full production crew. Normally you’d think that would be terrifying but really what I found myself is that I had much less to do and a lot more time to focus on what’s important. The first thing I did was to really work on the script so that every department could do their job from the word go. I started the process at the NFTS on Draft 6 and ended with Draft 12. Outside of the initial rewrites, I had to cut scenes because of logistical reasons… Why should I have a small scene of someone filling up a bucket in a kitchen, which on the day would require a kitchen location, a relight, unit move etc. when the character can just have a bucket of water there ready.

The biggest thing I had to work on with the script was plotting our main characters emotional journey on the page. My film follows one single character and so nailing this was of major importance to the films potential success. You can do a lot to find it on the day through performance, but if the underlying action isn’t serving to put your character through a stressful situation or making them face an issue they are actively avoiding, then you are missing a chance at heightening the drama of your film.

Once the script is locked it was really about communicating with the team so that everything they are doing is in honour of the story. The production design has to show the fact that these characters have a life outside of the films running time. Your costume needs to show that this could be their gardening attire of 20 years, this dress could have been the one that they use once every two years for big occasions etc. Your cinematography has to serve the story, what’s the point in having a steadicam sequence if you are shooting a small contained drama, you have to interrogate yourself, throw out what you think is cool and really think what is the simplest way to tell this story.

What is the simplest way to tell your story? 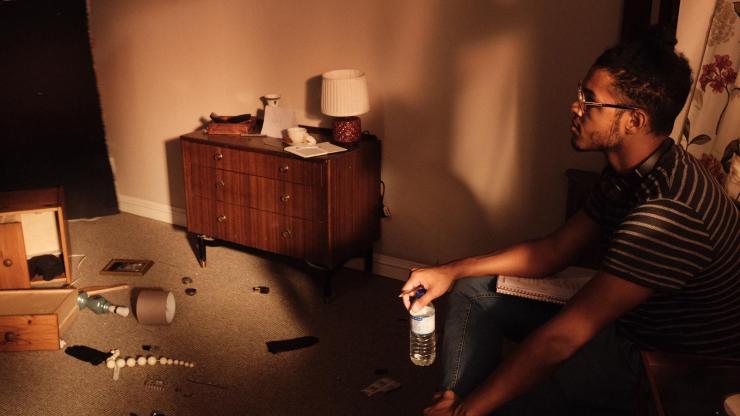 With a first year film at the NFTS you have the restriction of four days to shoot, limited budget and 8 rolls of 16mm film with one more roll of contingency which has to come out of your budget if it’s required. This amounts to a maximum of 90mins of footage for what is in our case an 11 page script, which is comfortable, but you are limited to one or two takes largely. This is important as you learn the discipline of rehearsing a scene properly before shooting and you are forced to learn how your actors work best, building up the energy on set at the right moment to achieve the performance you need.

With all of these restrictions you really have to be clear. What narrative threads don’t serve the greater story? How does the movement of the characters reflect their emotional state and status, are they far away from each other or is one person standing up? And how are you capturing that efficiently, do characters move from a mid into a close up to create new shots as the scene plays out? You cannot waste your material, and we finished our shoot on slate 57, which is under 15 a day. Very manageable and I don’t think we had to sacrifice anything to get the coverage that we needed. For a bit of a masterclass in how to cover scenes efficiently I’d recommend a former NFTS graduate called Nick Rowland who’s film Slap was BAFTA nominated, with all scenes covered in around two to three shots. 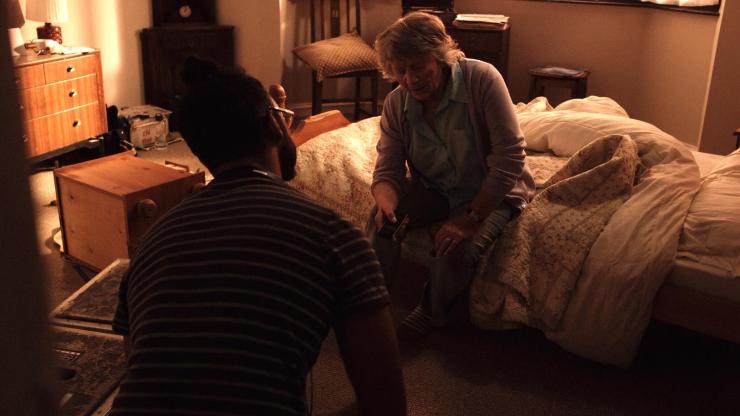 This was the first time I’d ever created a film that relied entirely upon one main actor. My previous film did follow one character, but within a larger group and there were very few moments when he was alone. This time there was nowhere to hide and performance was key.

I think what was important was to throw away any ideas I had of the way things should be done and to come into each day and each scene with an open mind. Before I did anything, I would allow the actress to show me her interpretation of the scene to build from rather than trying to push her into a box so that I wasn’t surprised. Sometimes it worked, sometimes it didn’t, but creating a safe space to fail was important whilst rehearsing so we could settle upon the strongest end result.

I chose to shoot this film as chronologically as possible so that I could be sensitive to the emotional journey of my actor, as I didn’t want to and probably wouldn’t be able to craft it heavily in the edit. What happened was that as we got deeper into the story and some of the emotionally climactic scenes, we could reference feelings from previous days and previous scenes to see what made sense. There was one scene in particular before our climax which on the page had a light horror element, but emotionally it was going against everything we had seen before it. Had I not seen the story play out chronologically, I would have maybe pushed that scene into the way it played out on the page, rather than what was authentic to the performance and the character. 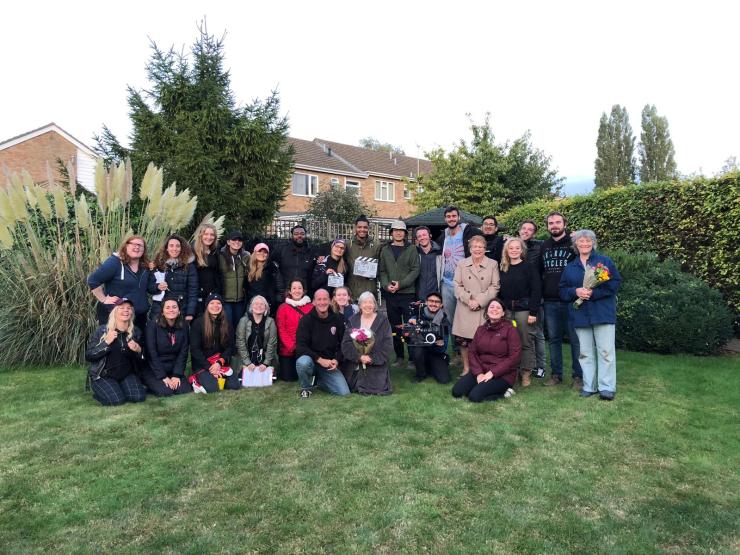 There were a lot of things I would change if I was to go through the entire process again, but considering what we were up against, the emotional weight of the film and the pressure that comes with covering a script which people are excited about and the logistics of having a person hanging throughout the entire film, I don’t think we could have done too much better. And now… We edit!